We all know the stories about the heroic crusaders who had promised to "serve God with the sword".

The Knights Templar was the first of the clerical orders of knighthood and was founded in 1119. In the following 193 years of its existence the fraternity became so rich and mighty that it finally got in the way of king Philipp IV of France who tried to extend his own power and possession. He was the one who initiated its disintegration which was confirmed by Pope Clemens V in 1312.

The sword we offer here honors the crusaders and the Knights Templar in particular.

Its brass pommel shows the symbol of the Knights Templar, the medieval cross. Scabbard and grip are leather-bound.

The blade is not sharpened and suitable for role play or decoration >> this sword is not battle ready! 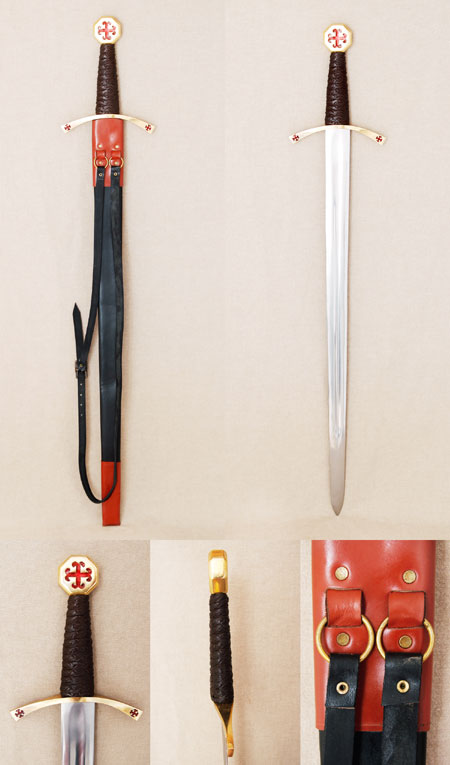